Set on a ghostly landscape in Ireland,  a woman abandoned as a child lays claim to everything that's hers on a day her world is being torn in half.   Filled with unforgettable characters, it's one day in the life of a woman pushed beyond the limits of human endurance as she is forced to make a final horrible, self sacrificing decision.
Jeff Recommended 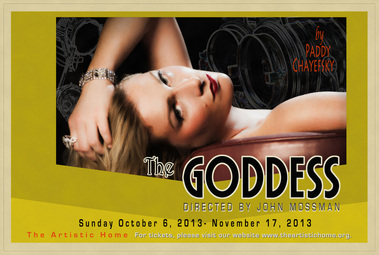 THE GODDESS, Paddy Chayefsky's screenplay adapted for the stage by John Mossman.

"It’s a coup just to get the theatrical rights to this juicy work, the late, great Paddy Chayevsky’s Oscar-nominated 1956 screenplay. But it’s sensational to pull it off to perfection. Cinematic as its source, John Mossman’s adaptation and staging of The Goddess is a gem.  Everything about the production feels perfect." - Larry Bommer, Stage and Cinema 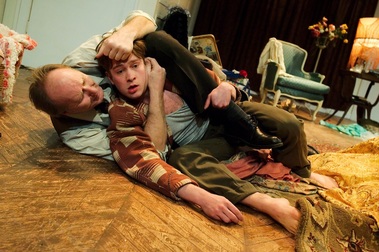 LES PARENTS TERRIBLES, by Jean Cocteau
"From the very start it's clear there are simply no limits under the ferocious, torquelike direction of John Mossman.  A  high pitched warp speed tornado of a revival."-  Highly recommended, Hedy Weiss

"One of the best ensemble comedies I have seen in years... it is farce raised to the highest of art forms – laughter which brings tears." -  Highly recommended, Chicago Stage Standard

"The execution is ferocious in Mossman’s hurricane of a production... Hilarious... has to have set some kind of record for sustained hysteria." -  Highly Recommended, Chicago Reader

"The finest comic ensemble work seen on a Chicago stage in years!...Delivers so many laughs that I left the theatre worn out from laughing." -  Highly recommended, Chicago Critic

"Brilliant...flounces between comedy and tragedy with whiplash speed... Run to see this show."- New City

"A mad, mad, mad sexy family farce that will warm you up in this long winter" - Gapers Block 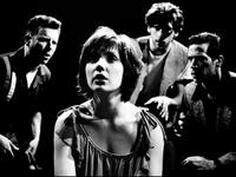 Click to view a great little video about the place.  Courtesy of our friends at Outsider, Inc. 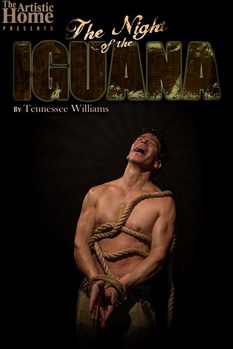 ﻿Tennessee Williams' sexually charged story about a defrocked minister coming to grips with  his failures as he negotiates relationships with three very different women on a south-of-the-border bus tour gone bad.

“The Night of the Iguana  is now receiving a rip-roaring production by The Artistic Home...The most flamboyant of the visitors to this Mexican hideaway is the smart, fiercely energetic, intensely watchable John Mossman,"  -  Hedy Weiss, Chicago Sun Times

"Equipped with unsurpassable instincts, John Mossman’s performance as Rev. Shannon is nothing short of electric. From the moment he comes on stage, doused in sweat and almost tripping over his excitable energies, Mossman manages to imbue in every moment a charged spontaneity, and in his capable hands, Williams’s 'dramatic poem' has never seemed so fiercely alive." - Anthony Mangini, Chicago Critic.

"Mossman is able to convey the frenzy of a man on the brink of collapse but without extinguishing the light of the man still living." - John J. Accrocco, New City

"In the lead, John Mossman  attacks this role with limitless fervor.  A compelling Mossman is this blustery emotional whirlwind.  His choices are perfectly erratic keeping the audience transfixed on his every movement. " - Katy Walsh, The Fourth Walsh

"Mossman brings dangerous charm and sweaty despair to his portrayal of Shannon. ..The intimacy of the new Artistic Home brings a lovely human scale to this poetic and dreamlike piece." - Chicago Tribune

More on the production here.

The Shadow of  a Gunman 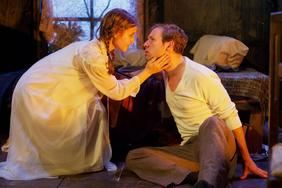 "Seanachai’s production of this Sean O’Casey play speeds along through a hilarious first act and a more serious, manic second act.  The play’s politics are anything but subtle, and indeed the harrowing scenes of violence and oppression resonate powerfully some ninety years later. Director John Mossman manages both the tonal shifts and the pace of the play with ease, and elicits strong performances from the large cast led by a terrific Shane Kenyon as Donal."  Highly Recommended - New City

"...Director John Mossman's first act is replete with the slamming doors and offstage uproar associated with broadly drawn personalities, but each actor in this Seanachaí production has scrutinized O'Casey's text in surgical detail to convey the often-unpleasant complexities behind the initial jollity. Nor do they gloss over the injustice of foreign troops bullying innocents forced to become martyrs. The results leave us shaken and outraged, contemplating the contradictions of civil disorder in a fickle universe."   Highly Recommended -- Windy City Times

"Sean O'Casey is in good hands under the spirited direction of John Mossman and the terrific ensemble acting (each in rich authentic Irish brogues) from the dedicated cast. The quirkiness and the submerged fear storms to the surface in this often-times funny – yet sad tale of life and oppression in Dublin during ‘The Troubles” of 1920-23... This is a terrific production."  Highly Recommended -- Chicago Critic

"Period perfect... this is a lovely production by director John Mossman and a wonderful cast of 11 actors. The culturally specific Seanachaí Theatre Company lends believability to this show in a way other companies are not able to do."  Dueling critics, WBEZ  (listen to their rave review here.)

Mossman named to "Best Director of 2011" list by WBEZ 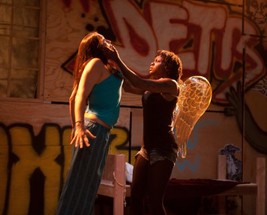 "As roughly, beautifully realized in John Mossman's production for the Artistic Home, Marisol offers a vision of the apocalypse as an absurd, poignant, funny, oddly hopeful event."  Recommended, Chicago Reader

"Under John Mossman’s smart direction, The Artistic Home  has mounted a most engrossing bleak urban drama. .. I can’t remember when I was so moved by a show as I was by the hauntingly visceral production of Marisol."  Highly Recommended, Chicago Critic

"Marisol is apocalyptic with a sense of humor. Director John Mossman creates a weird tension that adds to the comedy and the drama. "   The Fouth Walsh 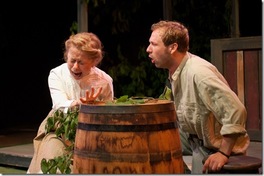 Jeff Nomination , Best New Work.
Nominated for Best Ensemble, Fourth Walsh Honor Awards.
Named one of the top 25 shows of the  year by Chicago Theatre Blog :  "There is blood, sweat, spit, and lust in every scene both implied or seen.  John Mossman directs this production seamlessly;  every scene and character flows as well as fits in what could easily be a complicated puzzle."
"John Mossman's staging subverts the Gaelic cliches with raucous zeal...Recommended"
​ - Chicago  Reader
"A tightly written and polished work by Jim Lynch that reflects the sharp eye of  director John Mossman and the efforts of  the creative folks at The Artistic Home.   Highly recommended"  Chicago Critic

Juno and the Paycock 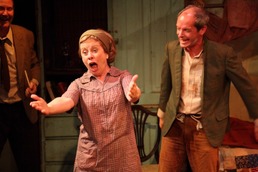 Winner of 4 After Dark Awards and a Jeff Award for Supporting Actor.  Back by popular demand at Theater On The Lake. 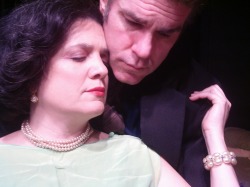 The acclaimed Artistic Home revival of the lost William Inge play.  "The 60's never looked so sexy and unappealling at the same time." - Time Out Chicago

Jeff Nomination, Performance by an Actress in a Principal Role

Named "One of Year's Best" in 6 year-end critics polls 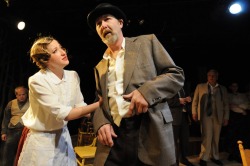 "Directed by John Mossman with a high exuberance that moves easily from the tragic to the comic...Highly Recommended" - Hedy Weiss, Sun Times
"Few could keep this meandering saga alive, but Mossman manages magnificently" - Time Out
"...An impressive revival."-Chicago Free Press 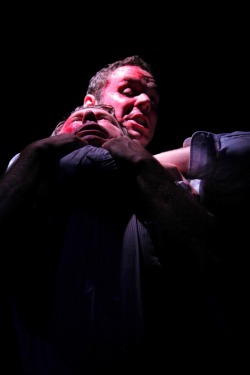 "A scorching tribute to average-joe troubles, John Mossman’s emotionally naked Clash was 2006’s anecdote to plays about the plight of the privileged. No one probably left this Artistic Home revival of Clifford Odets’s little-seen shattered-marriage play feeling good about his or her own relationship, but most were at least agog at director John Mossman’s searing production and uncanny ensemble. The violent climax in a flickering movie-projection booth still flickers.  " - Time Out

Landscape of the Body 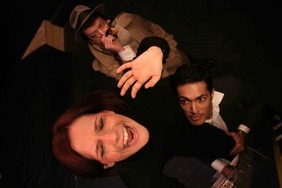 "Mossman has few peers in coaching wrenching work from actors..." - Time Out

"Filled with intense performances and executed at a pace that unifies Guare's intentionally jagged storytelling, this staging reveals the pockets of brilliance in his 1977 play.  Highly recommended."-Reader

Jeff Nomination, Performance by an Actress in a Principal Role
Powered by