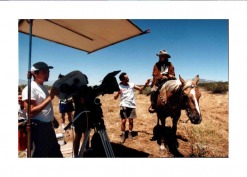 John has written, directed and produced numerous award winning films that have screened at top international fests, the DGA, and the Egyptian Theater  in LA as part of the American Cinematheque series.  You'll find some of them below. 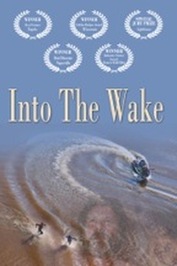 A man's life unravels as he descends further into a past that won't stay buried.

"Among this writer's favorite films of the year.  Director John Mossman handles the material expertly,
allowing it to progress with ease.  As the dark reality of Ken’s situation reveals itself, Into the Wake
shifts from character study and romantic portrait to full- throttle backwoods horror/thriller mode deep
with palm sweat tension.  The perfect, seamless, mature transition rivals and bests many attempted in
big budget, Hollywood thrillers of similar ilk, proving that you don’t have to be a big guy to sit with the
adults.  Highly recommended." - Chicago Journal

"An impressive directorial debut.  The kind of movie one hopes to discover when watching
unsigned, unknown movies at  film festivals, Into The Wake is a smart impressionistic mystery-
cum-thriller.  An intelligently structured script, even-handed direction...impressive  sound design, some beautiful camera work, and a confident performance from Miller.  A film worth checking out should it hit a festival near you (or more likely cable/Netflix)."  -Tonight At The Movies

"Theater veteran John Mossman and company reveal a genuine eye for locals (and) the acting's quite good.   A promising calling card for Mossman's next feature." - Michael Phillips, Chicago Tribune

"A sharp instinct for thriller storytelling.  A powerful film... Mossman and Miller start by setting a friendly and
humane tone, then work their way to the story's heart with a lean and cruel determination." - "Dane 101.com"

"An existential action thriller...with things you expect from a thriller, but there's far more depth.  Clever writing.  Thoroughly refreshing...Builds to a powerful finale.   It's what film festivals are for." - Apocalypse Later. 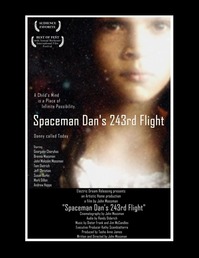 An innocent farm girl and her brother who
takes her on a journey; a troublesome call girl and
the hit man hired to dispose of her. Two stories
converge at an abandoned hilltop house in a haunting
tale of time and remembrance.

"
"A bizarre, affecting, smartly written and directed story about childhood and sibling relationships... The movie alternates back and forth between two stories, intertwining them in near-brilliant ways. The great, expressive cinematography ought to win some kind of an award, but even that’s just one standout element in this nifty film. Go out of your way to see this movie. " - Film Threat

"In...Spaceman Dan’s 243rd Flight, the filmmaker did an excellent job creating a mood that helped you as an audience get a real sense of how the characters were feeling, and like David Lynch, he gave his audience some credit for formulating their own conclusions". - Sam Colson, Maine Avant Garde Film Fest, New England Film.com 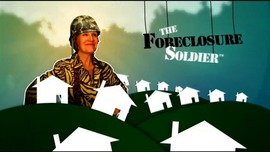 Sasha get you cheap place. 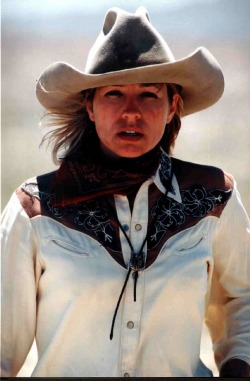 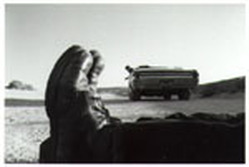 A man runs from his past across a purgatorial landscape.  When complications arise, a stranger offers help and a chance for redemption.  The "best no-budget film" at Palm Springs.  Winner of multiple fest awards. 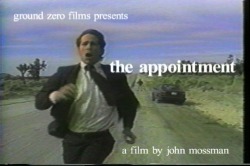 A Jungian walk down Crazy Lane starring the director back in the day.  Winner of Best Sound Award from Canadian International Annual Film Festival, and an honorable mention from several European Fests.  Go figure. 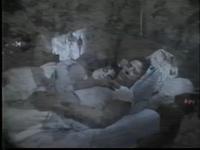 The Appointment (trailer)
Powered by